Me too on the 101. Been from San Diego to Newport Oregon on it. Still lots to see. But all us “Americans” have been banned from Canada. Oh, well….

I hate traveling on business. I avoid it as much as I can. So it was something pretty darned important that put me on an airplane in April toward northern California. I stayed in South San Francisco which, as the name suggests, lies south of San Francisco.

I walked along Grand Avenue, South San Francisco’s main street, one evening in search of dinner. My little Olympus Stylus Epic Zoom 80 film camera was in my pocket, loaded with Kodak Ektar 100. This camera is about as big as a bar of soap, making it easy to take on a flight.

I’ve walked along any number of little downtowns all over the Midwest. In many ways, Grand Avenue was much like all of them, lined in older buildings filled with local businesses. The striking difference was the architecture, which was unlike anything I come across back home in Indiana. 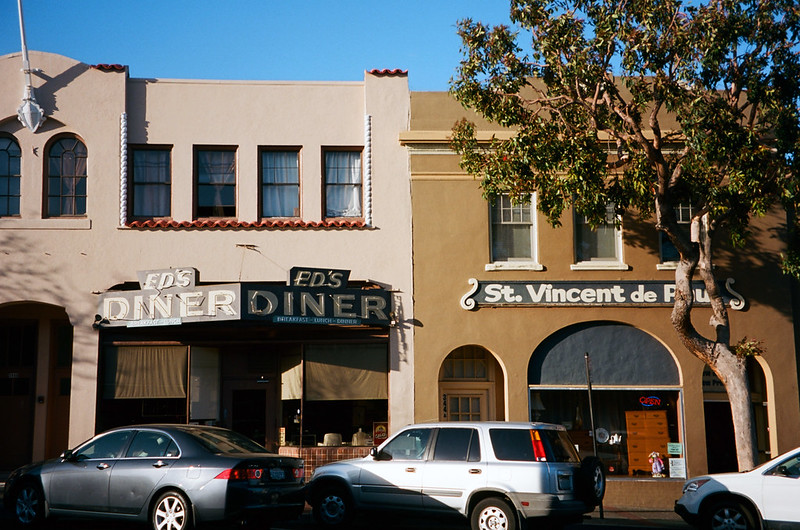